You are here: Home / Infrastructure / Highways / Demanding projects coming up for technical advisors in Norway 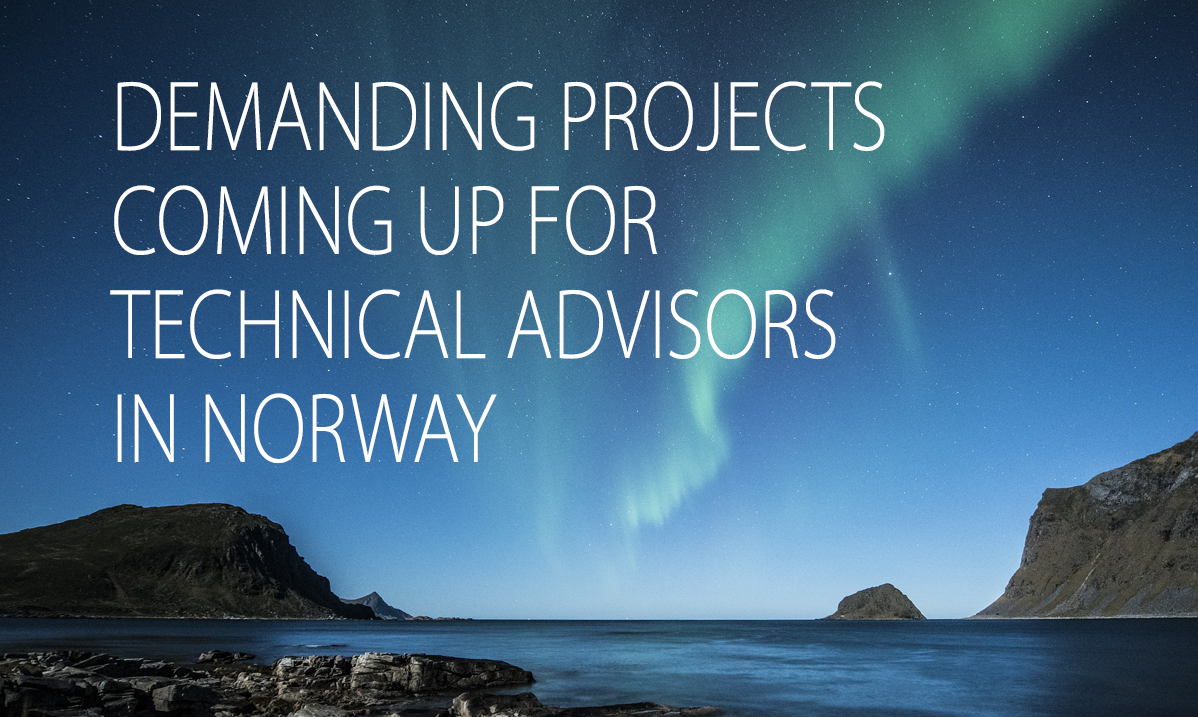 Technical advisors in Norway will face a demanding challenge in the upcoming motorway projects in Norway. The Norwegian Public Roads Administration (“Statens vegvesen”) will procure three projects as availability-based public-private partnerships with investment volumes between €500m to €1bn. Given the modest pipeline in European infrastructure projects at the moment, fierce competition among sponsors, investors, lenders and advisors is expected to take place, which may even be intensified due to a limited amount of local construction companies.

Based on the sequence of the projects shown below, it can be observed that the investment volume as well as the technical complexity increases from project to project. All bidding consortia, and in particular the lending parties, will therefore compete for experienced technical advisors capable of identifying technical risks, proposing adequate mitigation measures and translating it into commercial jargon. For this TA Europe has setup a strong team of experienced international technical advisors in combination with local Norwegian infrastructure engineers, being explicitly familiar with Norway’s construction specifics and the technical challenges being part of the local infrastructure projects.

Rv 3/rv 25 Ommangsvollen-Grundset/Basthjørnet
The project has an estimated investment of €536m (NOK 5.1bn). Decision from the Norwegian Parliament took place in January 2017 and the prequalification phase will last from March to May 2017.  The construction involves 10km of new 2/3- lane main road and 15km 4-lane motorway. The operation period will last for 20 years.

E10/rv 85 Tjeldsund – Gullesfjordbotn–Langvassbukt
The project has an estimated investment of €863m (NOK 8.2bn). Decision from the Norwegian Parliament will take place in spring 2018 and the prequalification phase will also be in spring/summer 2018. The construction involves a 82km 2-lane main road and 28km of tunnels.

Rv 555 Sotrasambandet
The project has an estimated investment of €980m (NOK 9.3bn). Decision from the Norwegian parliament is expected to take place by the end of 2018 and the prequalification phase will be in 2018/2019. The construction involves 9km new 4-lane motorway inclusive of a major bridge.

In 2013 TA Europe team members gained valuable experience as technical advisor on the E18 PPP Highway in Norway in the course of the acquisition of the project by BBGI. The E18 Motorway project is a DBFO project for the construction of a 36km dual carriageway between the towns of Kristiansand and Grimstad in Norway. The construction element of the project included construction of 61 bridge structures (the five largest bridges ranging between 130m and 400m long), seven bored twin tunnels with a total length of 5,750m (the longest is 2.2km long) and one cut/cover tunnel, and four simple rest areas (parking, seating and toilet facilities only) in two locations on both sides of the motorway. The Concession Period of 25 years commenced from the opening of the first sections and is due to expire on 31 August 2034.