TA Europe is one of the leading PPP and Lenders’ Technical Advisors (LTA) in Europe. The team has been involved in several infrastructure, energy and social infrastructure schemes throughout Europe in the past 10 years, such as airports, highways, hospitals, prisons, schools, streetlighting, police stations and barracks as well as offshore/onshore wind and solar energy. We work with international and local PPP experts and sector specialists to set up tailored teams to meet the requirements of our clients. We have been able to establish a robust benchmark database in several sectors and locations in Europe. The benchmarks are derived from numerous technical reviews as well a longterm appointments up to 35 years, covering Capex, Opex and lifecycle expenditures.

TA Europe’s LTA team is known for being part of successful projects for sponsors and banks. Between 2003 and today the team has been involved in more than 100  PPP and concession schemes in diverse sectors with infrastructure, renewables and social infrastructure. The long term engagements up to 35 years help to build up and enrich our benchmark data base, not only for Capex. Life cycle  and Opex, but also for sensitivities and scenario analyses.

Besides our role as Lenders Technical Advisor, TA Europe acts as investors technical advisor in transactions and puplic technical advisor to create or investigate PPP schemes. The team was involved in an number of European pilot PPP schemes on the public side as well as in several transaction in the secondary market, Please refer to the Transaction Chapter on this page! 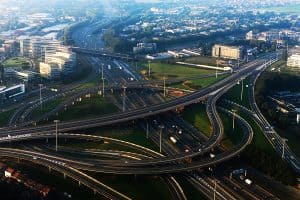 Frankfurt, 16 January 2023 – For TA Europe, this project is a significant contribution to its European infrastructure portfolio and, in particular, to the optimisation of the Belgian highway infrastructure. “It has been a great pleasure working with colleagues from Jan De Nul and Willemen to ensure this project can be initiated and carried out”, … Read more