Aktuelle Seite: Startseite / Infrastructure / The Bankruptcy of Carillion – Lessons Learned and the Role of LTAs in Future PPP Projects 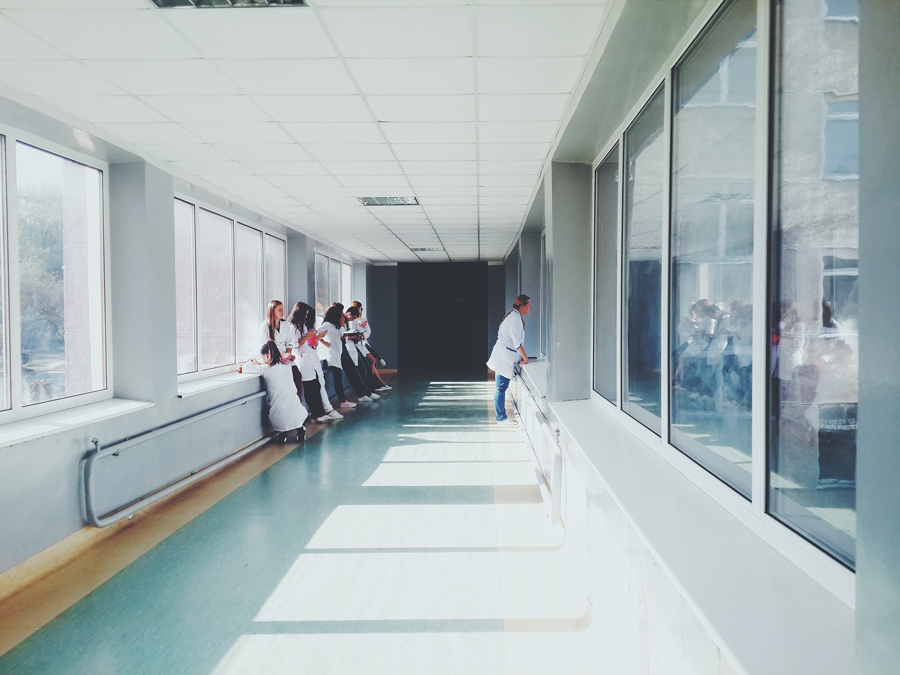 TA Europe attended the recent IPFA event in London aiming to understand more about the lessons learned from the bankruptcy of Carillion. In particular, the importance of the LTA’s scope was pointed out during this event. For instance, different courses of action can be implemented to provide banks with added value and additional security to avoid similar situations in the future again.

With an annual turnover of more than GBP 5bn and approx. 40,000 employees, the bankruptcy of the UK’s second largest construction company, Carillion, was a shock to the British nation and the international construction landscape. This rose several questions and the analysis related to the reasons for the failure have been on the radars of both academia and industry.

At the time when Carillion officially declared compulsory liquidation in January 2018, it was involved in various projects. The main reasons for the contractor’s bankruptcy include, amongst others:
a) accepting project’s with tiny margins due to fierce competition within the industry;
b) significant debt outstanding (GBP 1.5bn in Jan. 2019); and
c) severe delays and cost overruns in three UK construction projects (Midland Metropolitan Hospital, Royal Liverpool Hospital and Aberdeen Bypass).

Besides the question related to the project failure, there was also a need to find ways/scenarios for the continuation of the projects, which was within the interests of both public authority and the banks involved in these projects.

After the company’s collapse, it turned out that replacing Carillion’s stakes within operational PPP projects were not that difficult due to the high interest of overtaking from other companies specialized in the sector. In contrast to that, finding appropriate construction companies willing to replace Carillion’s PPP projects under construction turned out to be more troublesome. This can be mostly explained by the fact that the construction of these projects has had significant cost overruns which leads to additional risks for the new possible contractors. For instance, The Royal Liverpool University Hospital has an estimated Capex of GBP 350m and a cost overrun of GBP 125m is currently estimated, or 35% in relative terms. In other words, the risk profile of the projects from Carillion in construction and operation phases vary significantly. At the same time, the construction scope of the works has unique approaches, which mostly limits the number of companies active in the market, who can participate in relevant construction projects.

This led to the point that the reputation of financing infrastructure by means of PPP/PFI was significantly damaged. Anyhow, the case of Carillion can be a point of departure to analyse the scope of Lenders Technical Advisors (LTA) actions which can be taken in order to prevent such backwashes in the future again?

From LTA point of view, the failed projects have not been analysed properly in the early development phase thus leading to significant losses for the debt providers. In this case, the LTA take the driving seat in order to protect the interest of the banks within the PPP projects. In particular, these activities can be efficient if

a) cost calculations are reviewed in depth and subject to stress testing;
b) all parties agree on higher security packages in terms of replacement costs;
c) main sub-contracts are disclosed and can be reviewed; and
d) there is a greater liaison between the legal, financial and technical advisors.

At the same time, in order to avoid the risks associated with finding new contractors for similar projects in case of terminations or bankruptcy, there is a need for thorough market analysis by LTAs for the banks aiming to find possible replacement scenarios for the latter. In particular, the analyses have to include such criteria as the complexity of the project, financial situation, historical data, experience in other similar projects, etc. Nevertheless, the detailed analyses also need to consider the above-mentioned criteria under the prism of the country and sector specifics. This is of huge importance, because the country-specific aspects vary from each other and include such indicators as legal uniqueness, macro and microeconomic situation, financing opportunities, payment mechanisms for PPP projects existing in the country, etc. 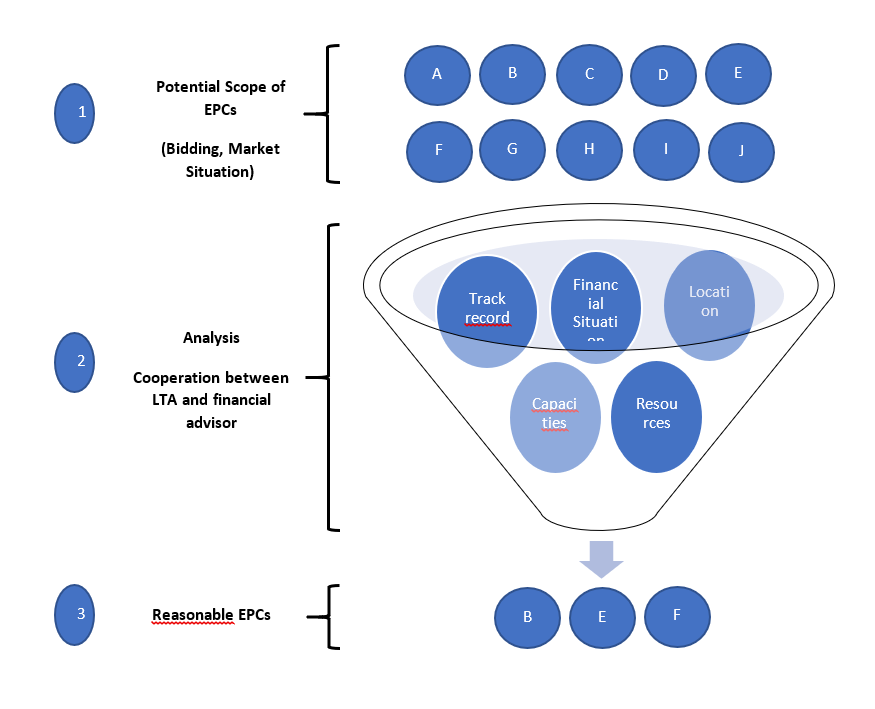 The analysis on the sector level have even broader aspect keeping in mind the complexity of the projects based on the sector specifics, such as technological solutions, life cycle specifics (e.g. hospitals have very complex structure including oncological centres, laboratories, radiation rooms, etc which are non-comparable with the complexity level of e.g. schools). The analyses of complexity can further be broken into an examination of such indicators as construction and operation specificness, project size, construction endowment, third party use, etc.

The existence of relevant analyses can ensure the smooth progress of relevant projects thus reducing the unplanned scenarios for the future. In this case, the experience and the scenario analysis based on the introduced methodology by our LTA team can take a significant role to reduce the risks of the banks already in the initial stage of the projects.