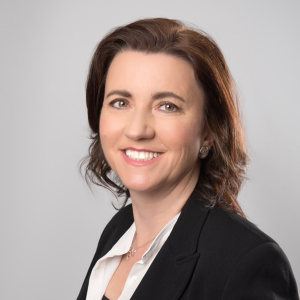 TA Europe is proud to announce that Mercedes Martín is on board as new Partner to provide bespoke LTA services from our future office location in Madrid.

Mercedes has performed the LTA role throughout Europe and Latin America and she has gained experience being part of several concession projects at all their stages, including brownfield assets acquisitions.

Why Spain? The road network plays a leading role in the mobility of the Country. The Spanish Government has identified and prioritized the relevant highways to be upgraded and maintained. Using the concession model as a tool, the full DBFO (design, build, finance and operate) service will be provided for the next 30 years.

The scheme to be launched is named “Plan de Inversión en Carreteras – PIC” (Roads Investment Plan). It has a budget of €5,000 Million and will comprise a number of corridors (20 to 30 – final figure to be confirmed) many of them are part of the Trans- European Road Network.

SEITT (Sociedad Estatal de Infraestructuras del Transporte Terrestre) is in charge, since 2005, of the structuring and management of PPP projects on behalf of Ministerio de Fomento (Infrastructure Ministry). They are managing the procurement of the contracts for the PICs plan. Tender information is not public yet.

According to the Spanish Government, the work will generate about 150,000 jobs in the first four years during construction and another 30,000 in the following period. It is also confirmed that they will apply to the European Investment Bank for funding.

Mercedes notes that “The combination of a sensible prioritization of projects to be finally included in the scheme and a growth-oriented macroeconomic climate are a positive starting point. Spain has a strong track record on infrastructure concessions. The significant experience, including lessons learnt from the past, are also key points for the PICs scheme to succeed.”

Mercedes was involved as an LTA on the toll-free Carreteras de Primera Generación” (First Generation of Roads) scheme launched in 2006-2010. “My based-on-experience point of view is that the scheme was appropriately structured; the 11 projects are performing with no incidences to date and the result is a good financial performance, based on public information – source: Informe 2016 sobre el sector de autopistas de peaje en España Ministerio de Fomento-.”

The roads scheme will be followed by social, rail and other infrastructure programs. It will require TA Europe to work close to our clients from the future Madrid Office; always supported by our European Team from TA Europe’s offices in Brussels, Essen, Berlin and Munich.